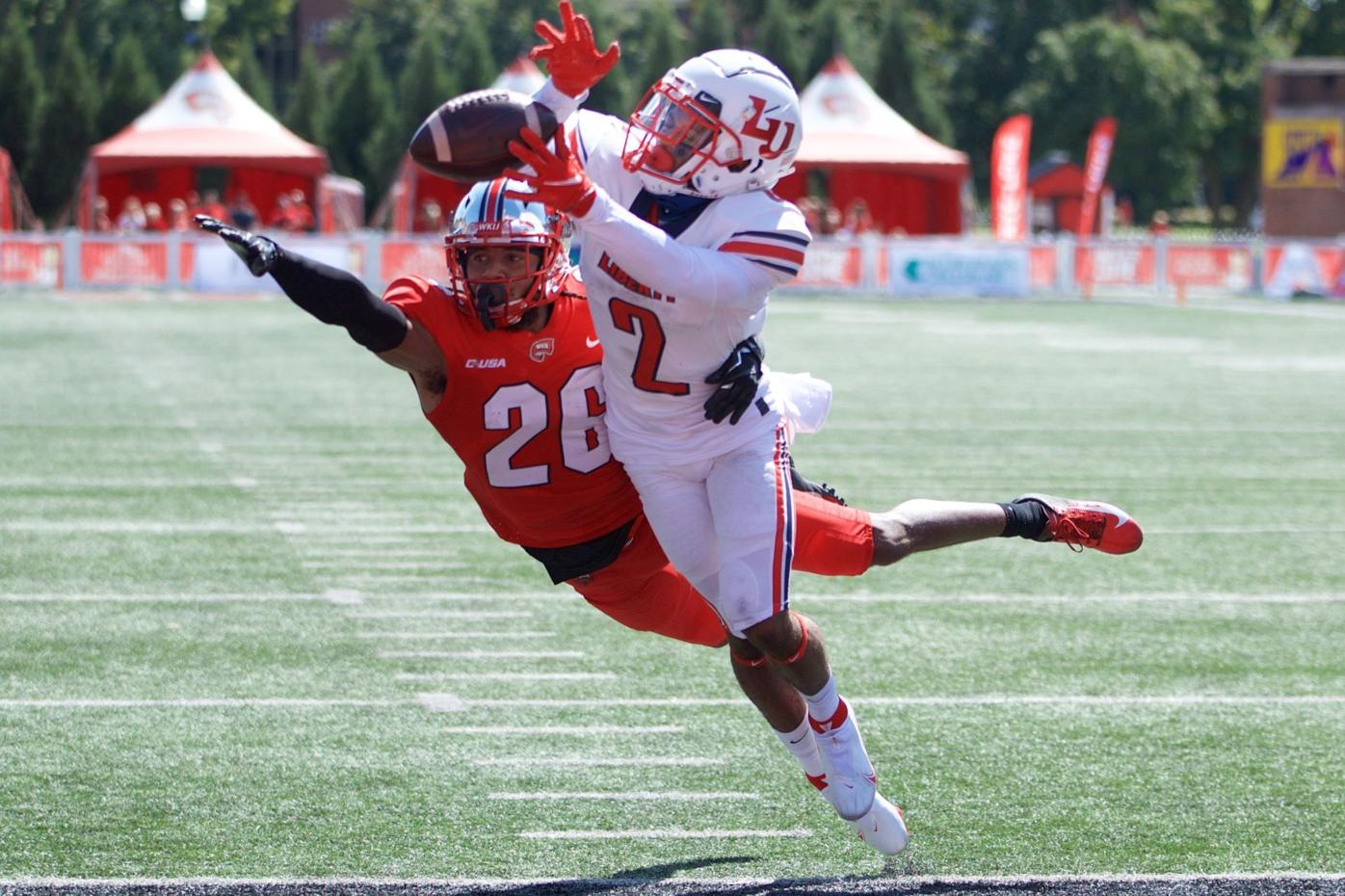 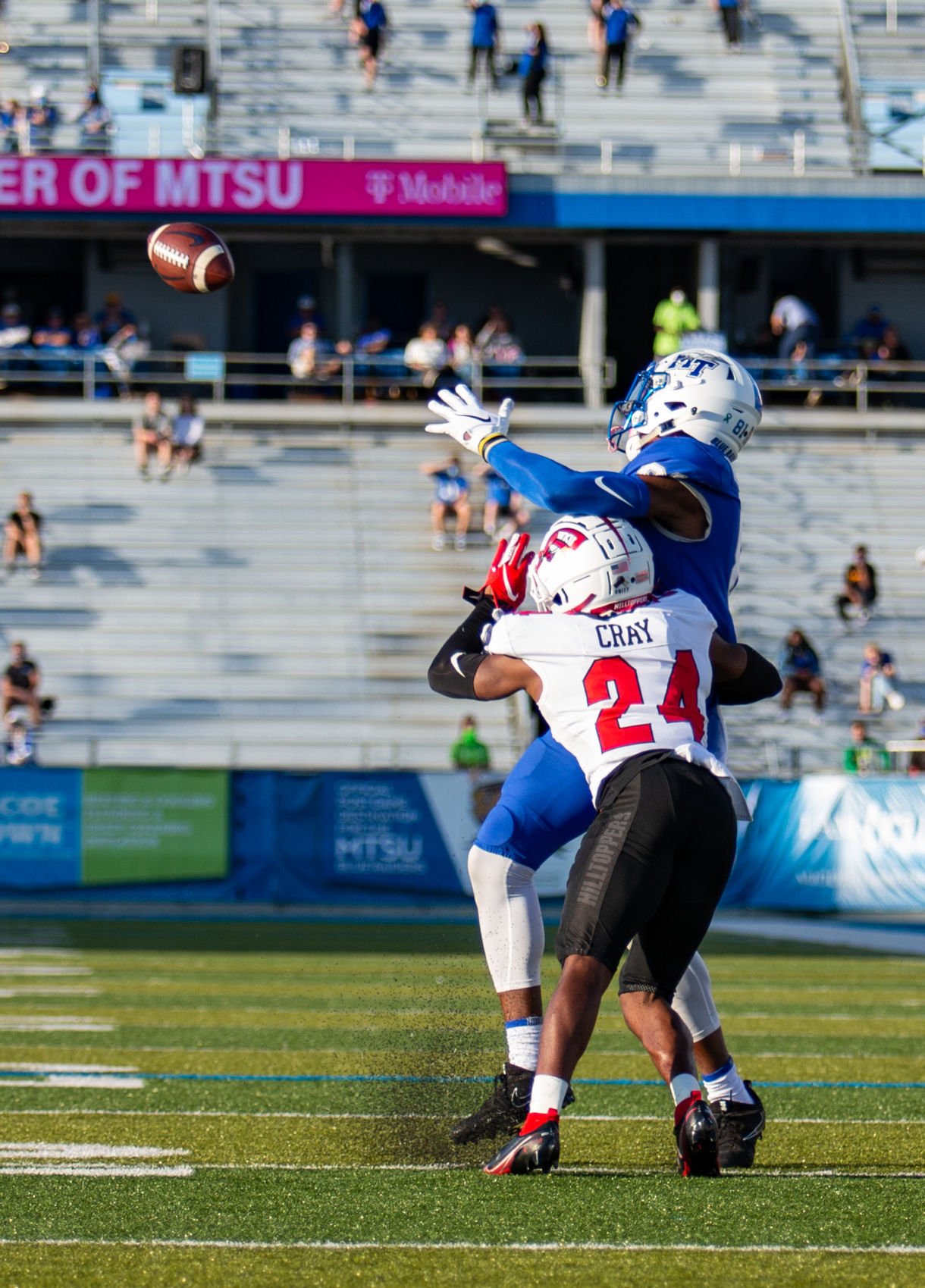 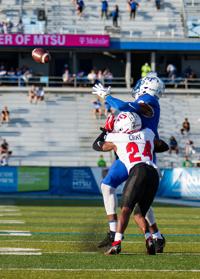 The Hilltoppers gave up 343 yards passing – a career high – and three touchdowns to Cardinals quarterback Malik Cunningham in the 35-21 loss, but since then, WKU’s pass defense has been stout.

WKU allowed just 67 yards passing its last time out in a 10-7 win over Southern Miss, and the Hilltoppers now sit atop Conference USA and sixth nationally at 167.2 yards passing allowed per game ahead of this week’s meeting with FIU at Houchens-Smith Stadium.

“I think we have a veteran group back there. Most times guys will panic and start trying to change things. We just made some minor adjustments on what we were doing,” WKU defensive coordinator Clayton White said Tuesday. “ ... Our guys are doing a really good job, but I think for the most part we just try to mix things up and our guys are locked in back there trying to make sure people don’t get easy passes – make them work for it.”

Saturday’s performance marked the third-fewest yards passing WKU has allowed in a game since White arrived in 2017. The Hilltoppers have held opponents to double-digit yards passing in eight of the 47 games during the last four seasons.

White said the team looked at the analytics in the offseason, which led to a challenge for the secondary to cover longer to allow an experienced defensive line that features reigning C-USA Defensive Player of the Year DeAngelo Malone time to get to opposing quarterbacks.

“We did a study over the summer, and two and a half seconds is the average most passes get out. If we can cover for three seconds, it’s probably going to be a sack,” White said. “We kind of put those stats together in the summer from PFF – Pro Football Focus – and we just focus on those things. Let’s cover longer because we have a good D-line. We can’t cover for two seconds. They’re not going to get a sack. Cover longer so they can get home. That’s kind of the mindset from the summer and we just got better as the season went on.”

Senior cornerback Dionte Ruffin said the defense knows what each other will do on plays because they’ve “been together for a nice minute,” and that chemistry has helped lead to one of the best pass defenses in the country, but says there’s no real set clock in his head when he takes the field.

“I think about it, but just in general, just being a cover guy, I’m going to cover mine until the whistle blows,” Ruffin said Tuesday. “If it’s 2.5 seconds, if it’s 4 seconds – I believe our guys will get there in 2.5 seconds because we’ve got a great D-line – but I’m ready to cover for 30 seconds if I have to.”

WKU recorded three pass breakups in Saturday’s win and has 44 on the season, which ranks second in the FBS this season. Ruffin leads WKU with eight breakups and Bradshaw has seven.

White said the stats are a group effort, instead of pointing to one particular position. While pass defense might send eyes to the secondary on a quick glance, the line has done its part in trying to make quarterbacks uncomfortable.

In Saturday’s win, the Hilltoppers sacked Southern Miss quarterback Trey Lowe III six times, and in a 10-6 loss at FAU the week before, WKU brought down Nick Tronti four times for loss. The Owls threw for just 108 yards.

“People who don’t play football, they think it’s the secondary, but we know up front we were doing our part and making that quarterback uncomfortable, and if he’s uncomfortable, he can’t make the throws that he wants to and that helps the secondary out,” said redshirt freshman defensive tackle Ricky Barber, who had two sacks Saturday. “We have a really good secondary, but we play a part in that too.”

White said he’d like to see his defense to create more turnovers – WKU has forced six turnovers and its minus-six turnover margin is 12th of the 13 teams in C-USA to play this season. FIU has turned the ball over twice in its four games, but also brings one of the worst offenses in the league to Bowling Green on Saturday.

FIU had only 43 yards on 7-of-12 passing from Stone Norton before he was replaced by Maryland transfer Max Bortenschlager with 5:35 to play in the third quarter last Friday in a 38-19 loss to FAU. Bortenschlager finished with 149 yards and a touchdown on 11-of-21 passing. The 192 yards passing were the most the Panthers have had in a game this season.

“The thing is you read those kind of things, but you have to look at the history of the coaching staff, history of the program understanding that you don’t want Saturday to be the day they get clicking again,” White said. “Our job is to make sure we do what we do best, go out and focus on what we need to do and our plan and understand what they’re trying to do.”

Saturday’s kickoff is scheduled for 1 p.m.{&end}