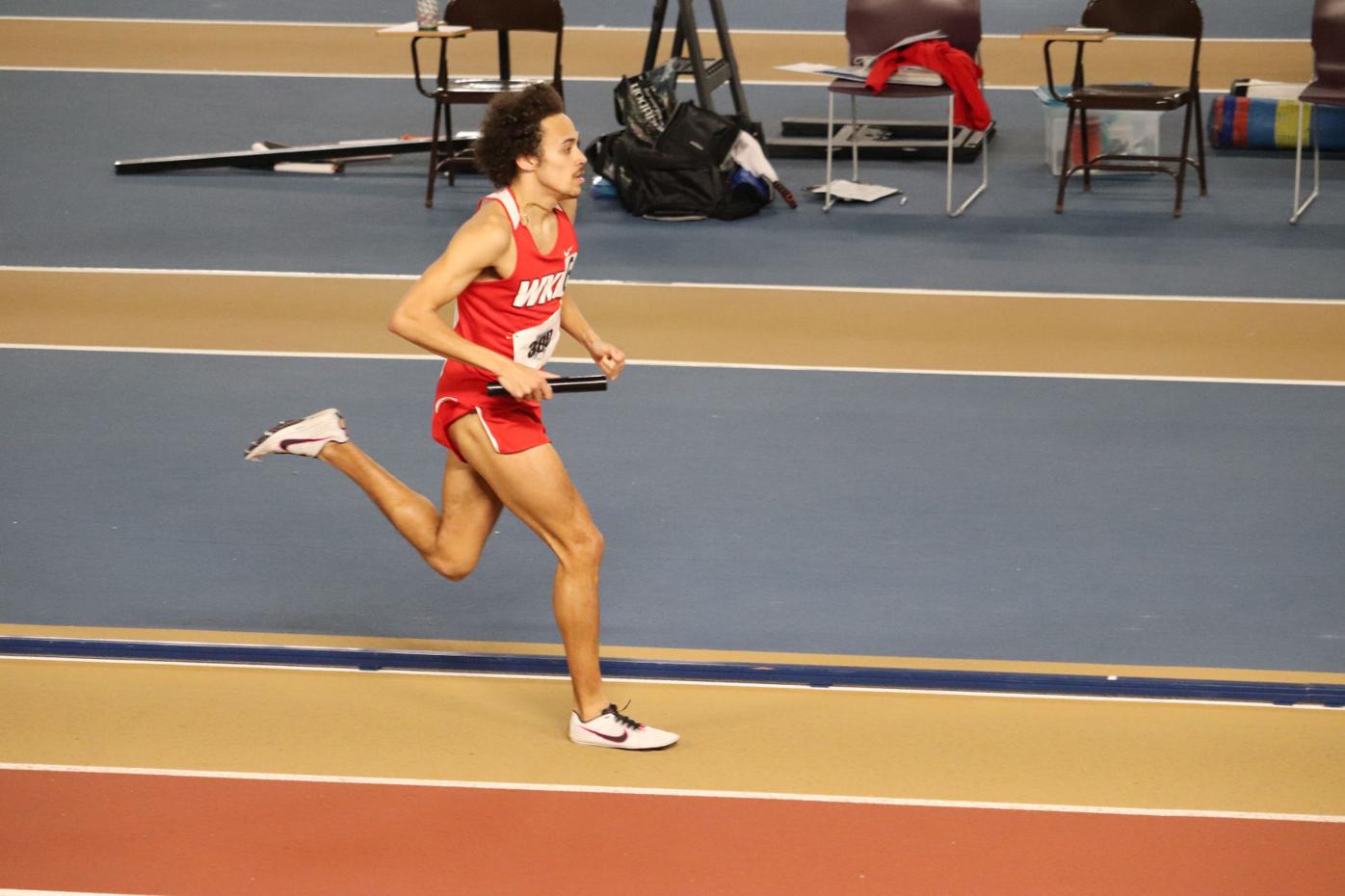 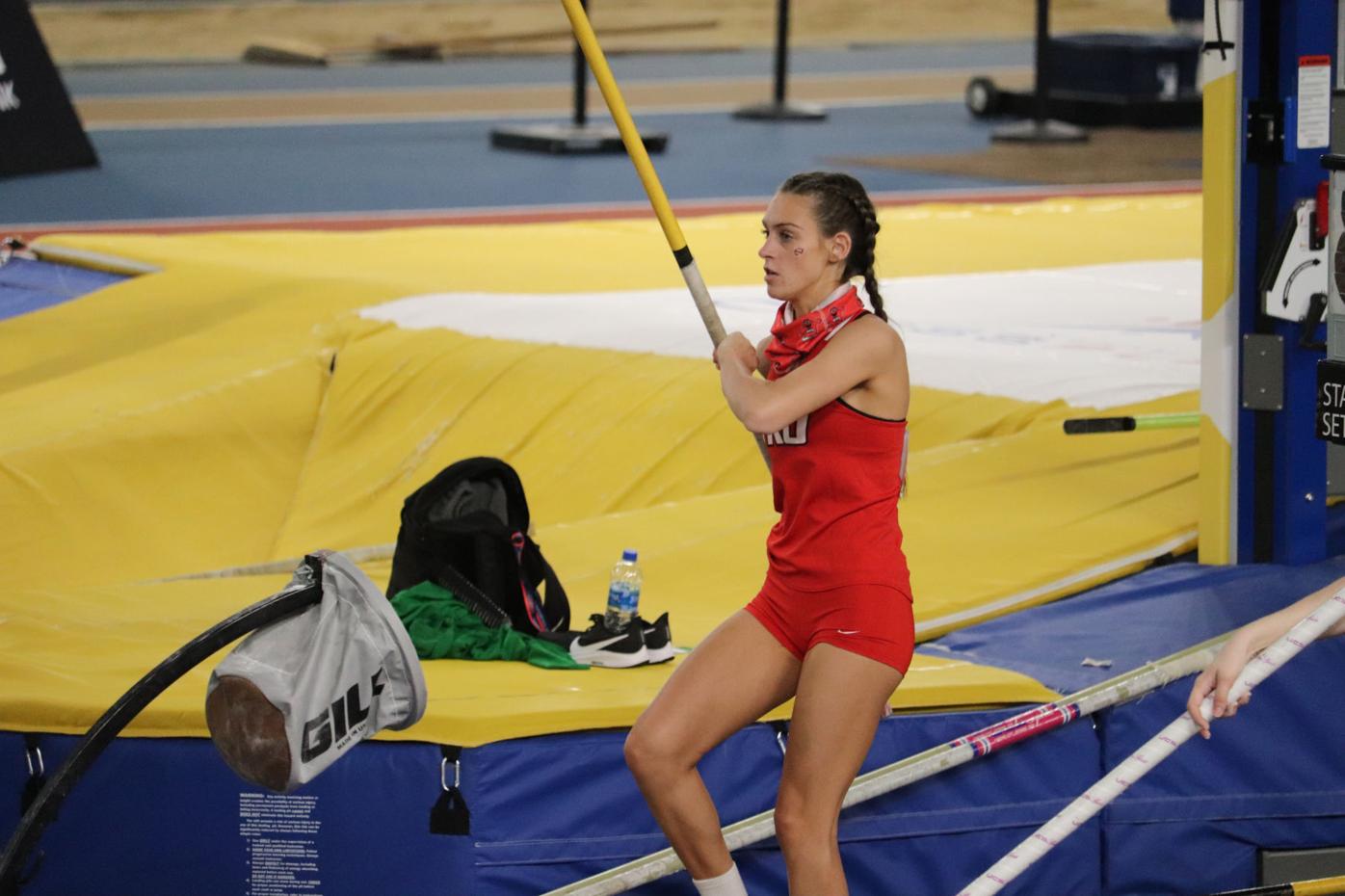 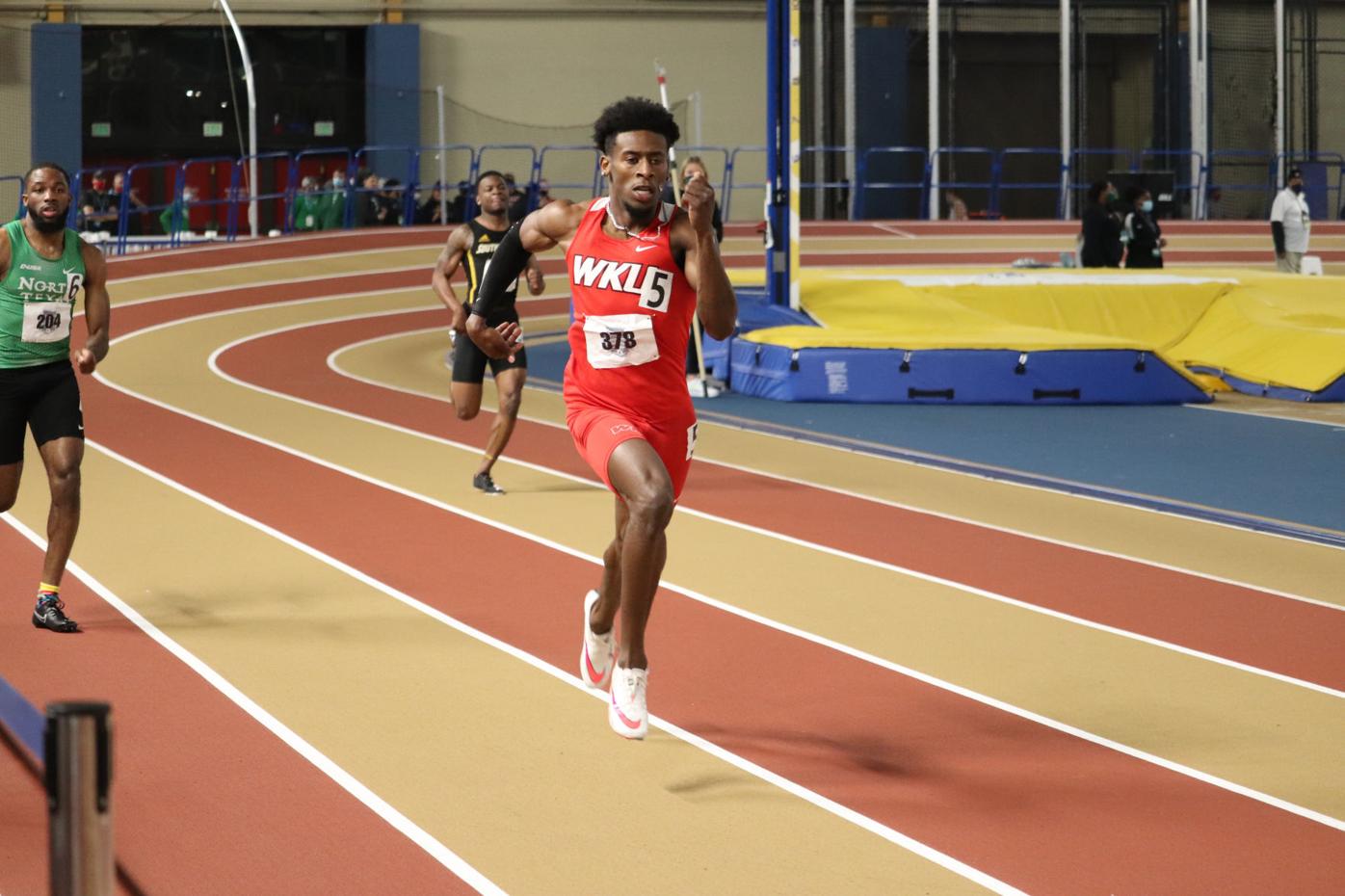 The Western Kentucky track and field team scored points in the men’s weight throw, men’s distance medley relay and women’s pole vault Saturday on the first day of competition at the 2021 Conference USA Indoor Track & Field Championships at the Birmingham Crossplex in Birmingham, Ala.

The relay squad finished third for a podium placement and four men’s runners advanced to the finals of their events.

WKU’s distance medley relay team finished the day on a high note as Clint Sherman, Jonathan Allen, Casey Buchanan and Dedrick Troxell earned a spot on the podium with a third-place finish in the event. The relay recorded a time of 10 minutes, 14.86 seconds.

Between the relay and weight throw, the Hilltoppers have scored 15 points through the first day of competition.

Scoring for the women was sophomore pole vaulter Grace Turner. With a mark of 3.56 meters, Turner finished eighth and scored a point for the women’s squad.

In the men’s 200-meter dash preliminaries, graduate senior Marlowe Mosley clocked a time of 21.47 to finish second while reigning C-USA champion Dartez Hamlin came in fourth with a 21.74.

Current C-USA leader Mosley finished first in the 400-meter prelims and will take the top spot headed into Sunday’s finals.

On Sunday, competition for WKU will begin at 10 a.m. with the men’s shot put. WKU’s men’s squad sits in sixth through six scored events while the women are in 11th after five scored events.