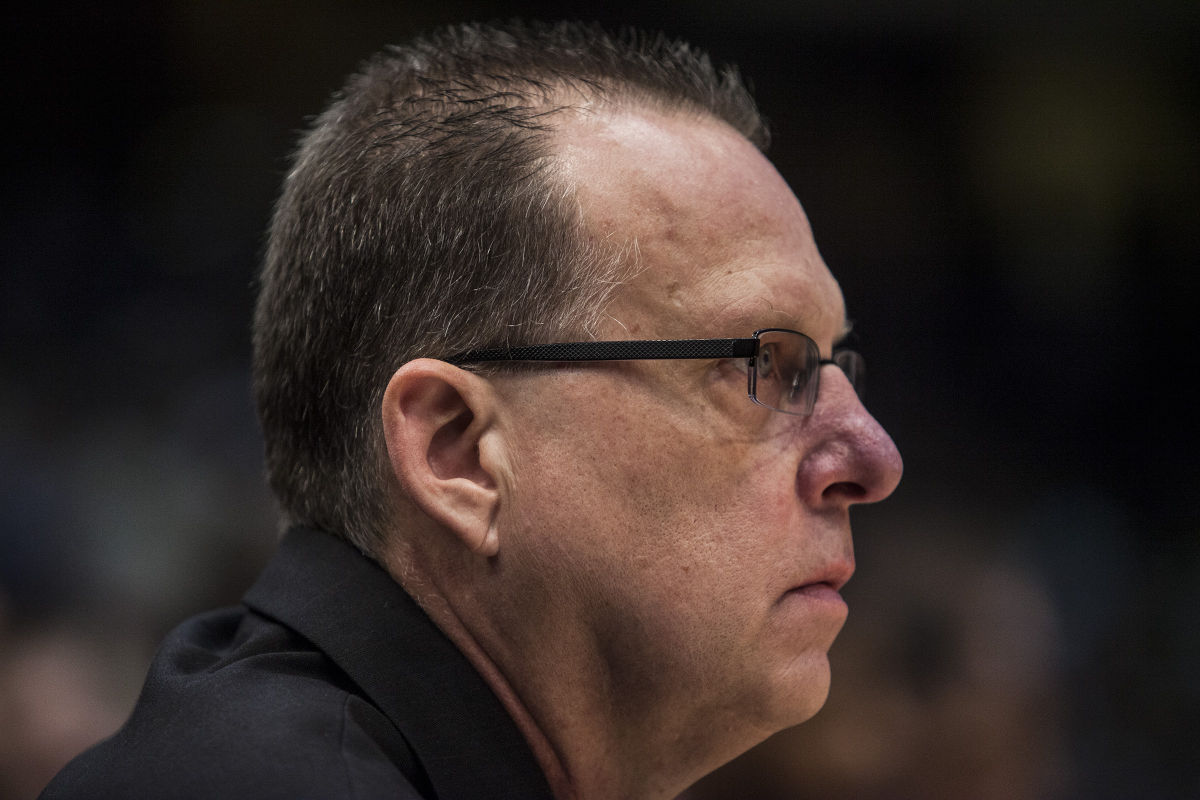 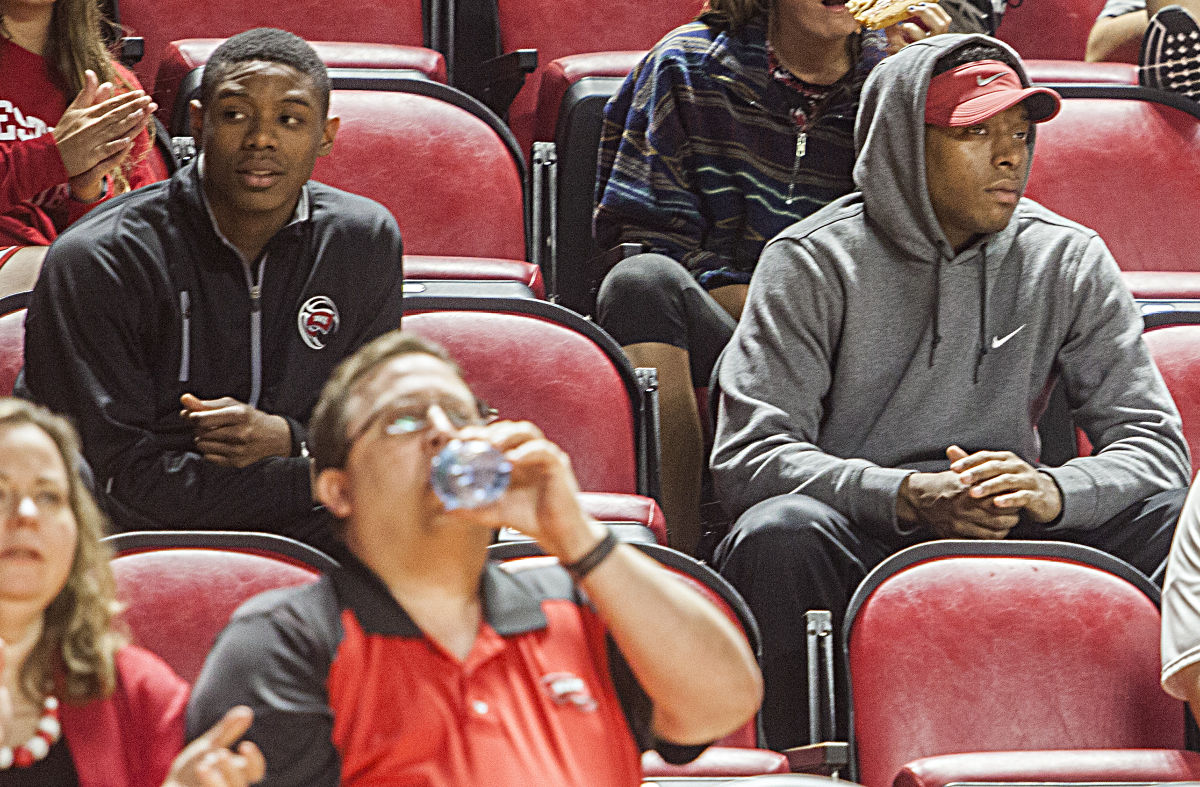 Western Kentucky delivered a bombshell Thursday from one of its most storied athletic programs.

Men's basketball coach Ray Harper has resigned from his position following the suspension of three Hilltopper guards after the outcome of a University Disciplinary Committee hearing Wednesday night. The school announced the news Thursday night.

“Earlier today, I informed Todd Stewart that I was resigning as WKU head men’s basketball coach," Harper said in a statement. "I feel this is in the best interests of the program; a program I care deeply about. It has been a true honor being a part of this historic program, as both a head coach and assistant coach. I want to thank my assistant coaches, our support staff and certainly our players for their efforts, dedication and sacrifices on behalf of me and our program. I also want to thank Gary Ransdell, Todd Stewart and our administrative staff for their support and dedication. WKU Athletics has an outstanding group of people, and there is no better place to work.

"Finally, I want to thank the Bowling Green community and the Hilltopper Nation for the tremendous support they provided my wife Shannon and I. We were proud to call WKU home, and I wish everyone all the best.”

Harper did not respond to a request from the Daily News for further comment Thursday.

Junior guard Fredrick Edmond and freshman guards Marlon Hunter and Chris McNeal have been suspended from the men’s basketball program following the outcome of Wednesday's hearing, according to WKU.

No information concerning the disciplinary charges or outcome will be released by the university. All three players were still listed as enrolled as WKU students as of Friday morning, according to the school's Public Affairs office.

Stewart declined to comment beyond his statements in the release Thursday night.

The players' suspensions are not because of academic or NCAA-related issues, a source told the Daily News on Thursday night.

According to WKU's website, the University Disciplinary Committee is under the direction of the Office of Judicial Affairs.

"With exception, all cases involving student arrests; drug violations resulting in arrest, sexual misconduct, physical assaults, unruly conduct, and academic dishonesty will be heard by the Office of Judicial Affairs or his/her designee," according to the website. "Those cases which involve serious incidents occurring off-campus; and more on-campus egregious violations of the Student Code of Conduct will be heard by the University Disciplinary Committee under the direction of The Office of Judicial Affairs."

The University Disciplinary Committee considers all cases involving sanctions of suspension or expulsion, according to WKU's website. It is the only body capable of handing down those judicial outcomes, "for offenses which are of such severity or nature that expulsion or suspension of the guilty student is in the best interest of the University."

With 13 members – six faculty, five staff and two students – the committee has the "power to suspend or expel any student for severe violations of the WKU Student Code of Conduct or a gross disregard for the rights of others in the campus community."

A student must be notified at least three days in advance of the hearing. A person suspended or expelled may appeal through the Vice President for Student Affairs.

Spokesmen for the Bowling Green Police Department and Western Kentucky University Police Department both told the Daily News on Friday morning that their agencies have no ongoing criminal investigations involving the WKU players. B.J. Eaton, Kentucky State Police Post 3 spokesman Trooper, also told the Daily News on Friday that KSP does not have an ongoing investigation involving the trio.

As for Harper, the coach will remain in paid status through the end of his contract term, which concludes June 30. He will be paid roughly $125,000 over those three months.

“I would like to thank Ray Harper for his many contributions to our program over the past eight years,” Stewart said in the statement. “Today is obviously a very difficult day. President Gary Ransdell and I met with our team a short while ago. We will begin the process of identifying and hiring our next head coach immediately.”

Ransdell and Stewart were seen by the Daily News leaving a meeting with the team at Diddle Arena shortly before 6 p.m.

Ransdell and Stewart then watched the WKU women's basketball team's WNIT game at Diddle Arena on Thursday night from their usual seats.

Ransdell referred to WKU's released statement when asked for comment by the Daily News, except to add by text message that "suffice it to say that we will always act in the University's best interest, and that institutional integrity will always prevail. I want to thank everyone involved in the process, and I appreciate Coach Harper's professionalism."

WKU did not offer any information Thursday on what the timetable and scope of the search for Harper's replacement would be.

WKU's assistant coaches – David Boyden, Chris Shumate and Shawn Forrest – are still in place and assisting the remaining players through usual offseason weightlifting and other activities, according to the school.

Harper, 54, just completed his fifth season at the helm, and fourth full year after taking over in an interim capacity in 2011-12.

He concludes his WKU career with an 89-64 record. WKU was eliminated from the Conference USA Tournament last week with an 89-77 loss to Old Dominion in the semifinals.

Unlike many WKU coach contracts with automatic one-year rollovers that keep the contract at a four-year length, Harper's current contract – paying him an annual base salary of $500,000 – gave WKU the option each season to extend the deal for one year. No extensions were made for that deal that began in 2012, allowing it to reach its final months.

WKU had the option to extend Harper's current deal for one year until March 15, but chose not to do so.

But that situation matters little after Thursday's stunning news, which could also leave the Hilltoppers almost entirely devoid of a backcourt.

If the trio of suspended guards do not to return – there's been no evidence given so far that they won't, however – WKU would have no returning scholarship guards on its roster. The Tops in November signed three-star combo guard TJ Howard, who would likely be granted release from his letter of intent without limitation if he so chose.

Howard declined comment to the Daily News on Thursday night.

Edmond averaged 12.2 points, 5.9 rebounds and 2.7 assists per game in his first season with the program after transferring from junior college. He started 27 of 33 games.

McNeal didn't respond to a message seeking comment from The Daily News.

Edmond posted on his personal Twitter account Thursday morning, writing "I want (sic) stop chasing my dreams God got a plan for me."

Edmond later posted a photo with his daughter and thanked Hilltopper fans, writing, "I appreciate all the support it means more than you guys think #WKUFans #1"

Hunter posted after the news broke Thursday night: "I will never give up and I won't stop fighting God got a plan for me"

WKU sophomore forward Willie Carmichael, who transferred to WKU last year from Tennessee after former coach Donnie Tyndall was fired amid allegations of NCAA violations while at Southern Miss, posted twice on Twitter on Thursday night.

"My story just got so much better," Carmichael wrote, then adding, "I refuse to get discouraged this time."

Ray Harper may be back in play for a head coaching position.