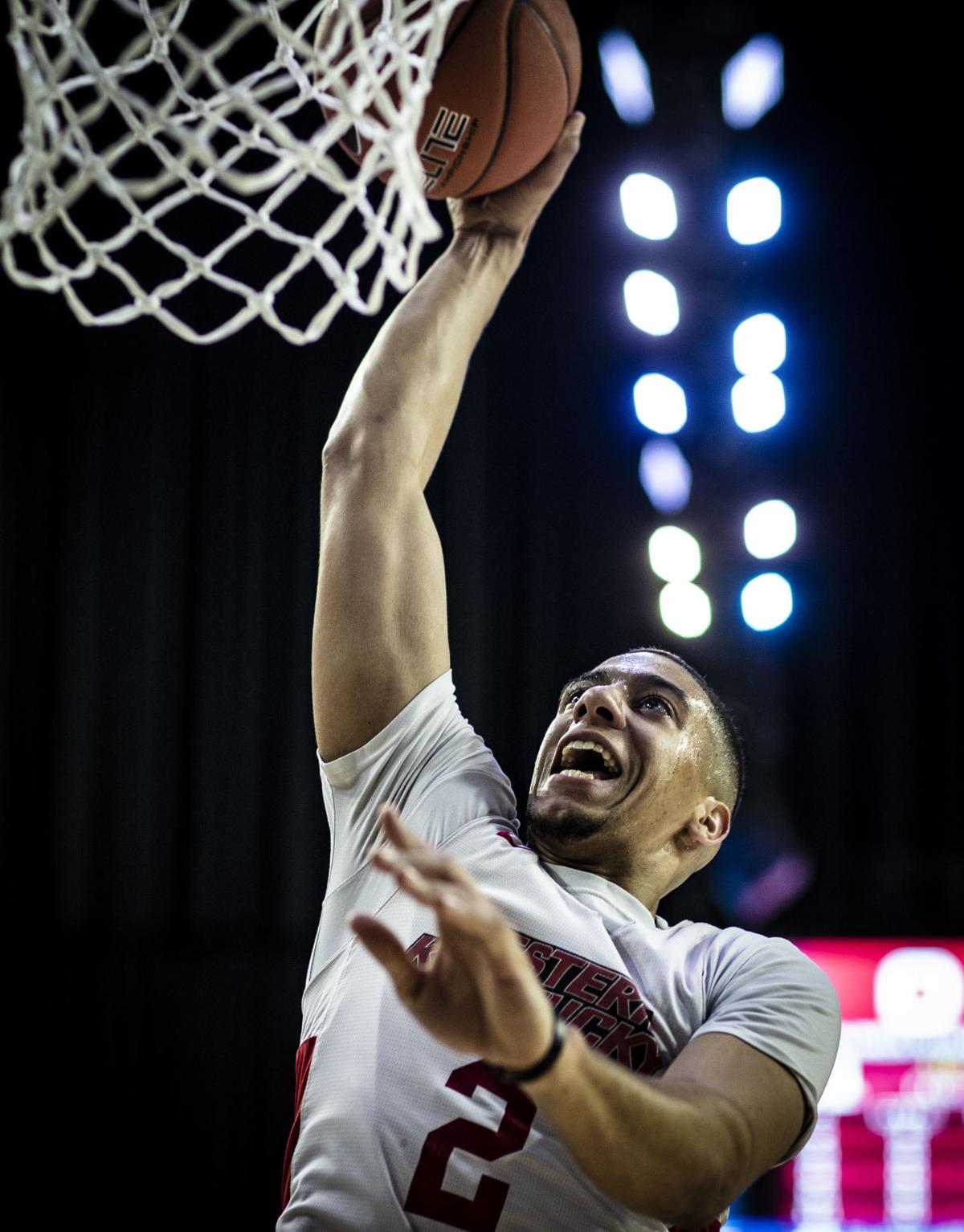 WKU forward Jared Savage dunks during practice on Tuesday, March 10, 2020, at The Ford Center at The Star. (Austin Anthony/photo@bgdailynews.com) 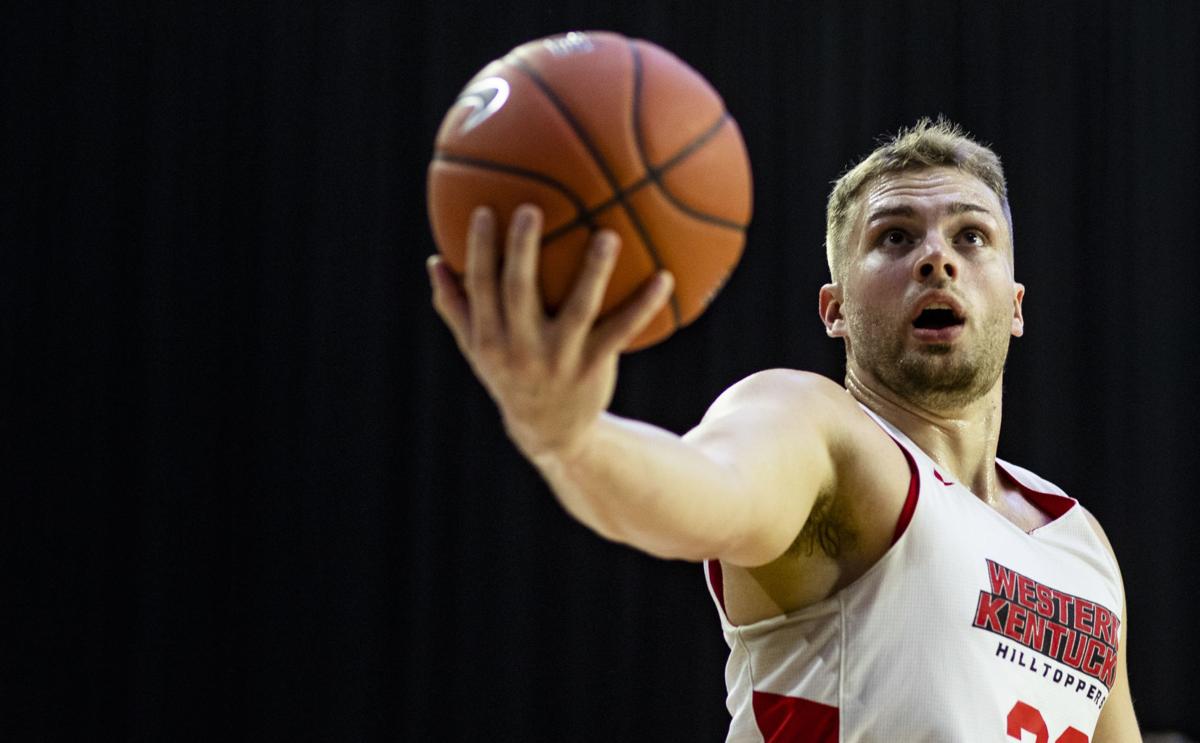 Western Kentucky forward Carson Williams shoots during practice on Tuesday at The Ford Center at The Star in Frisco, Texas. 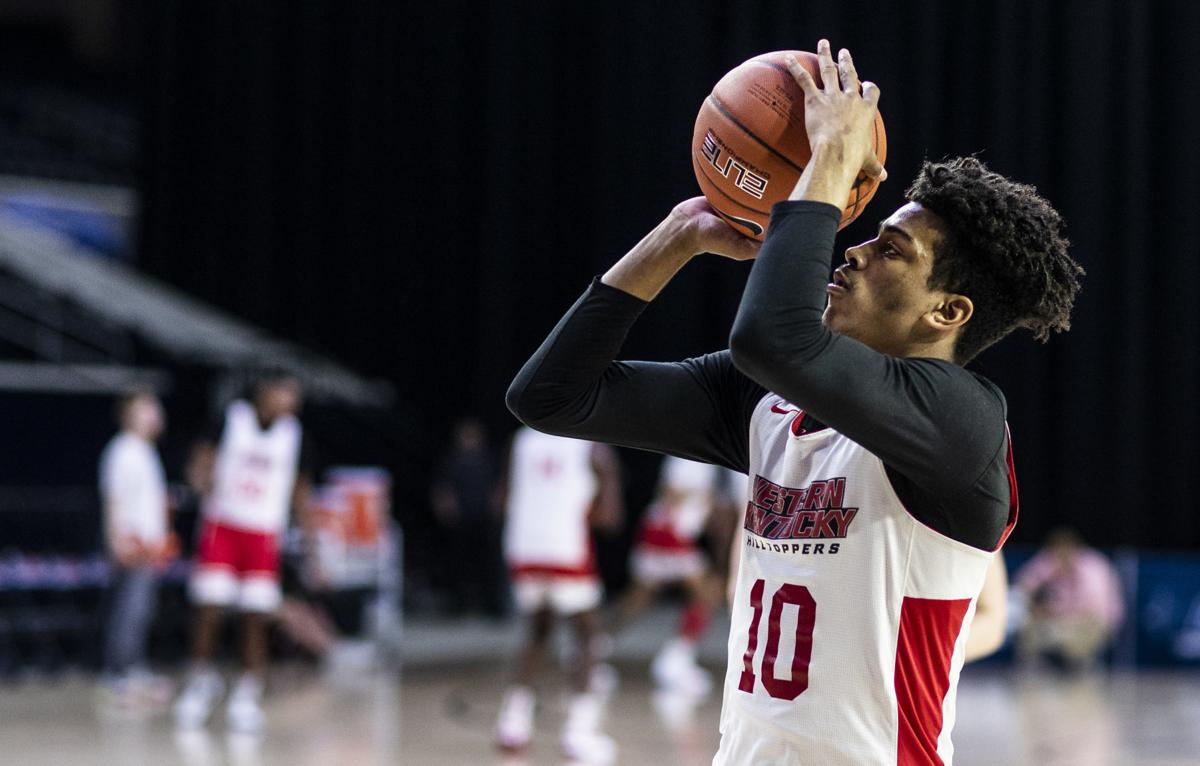 WKU guard Jeremiah Gambrell shoots during practice on Tuesday, March 10, 2020, at The Ford Center at The Star. (Austin Anthony/photo@bgdailynews.com) 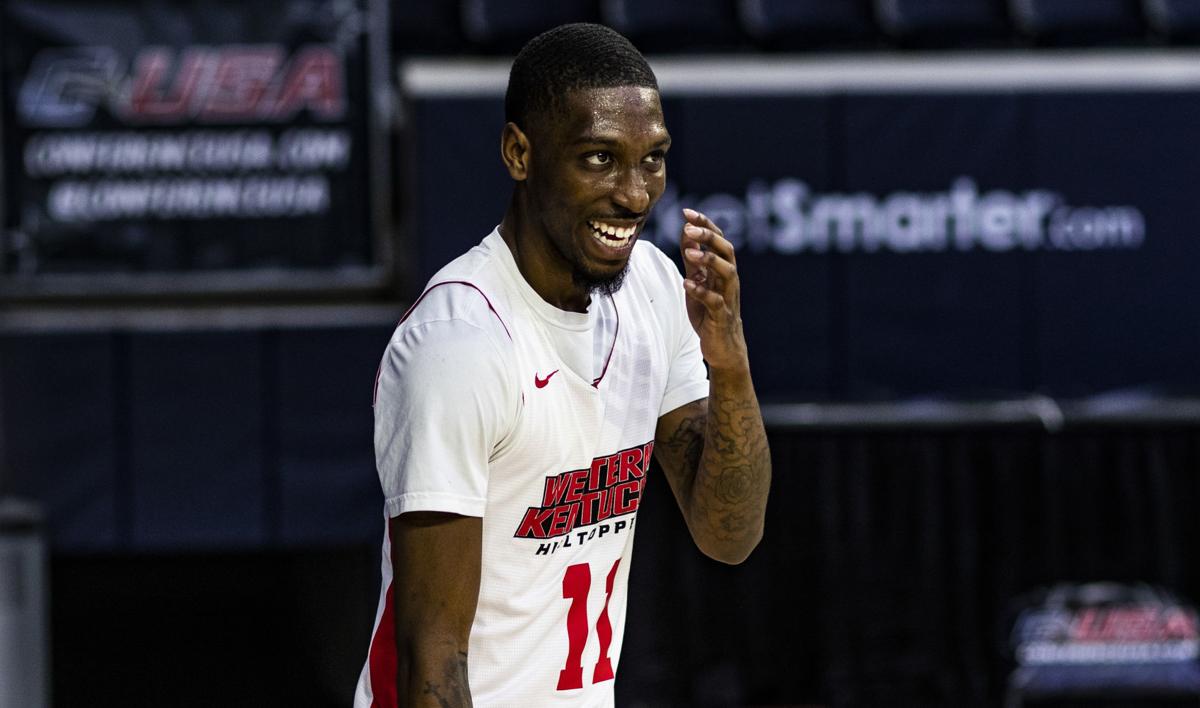 Western Kentucky guard Taveion Hollingsworth smiles during practice on Tuesday at The Ford Center at The Star in Frisco, Texas.

WKU forward Jared Savage dunks during practice on Tuesday, March 10, 2020, at The Ford Center at The Star. (Austin Anthony/photo@bgdailynews.com)

Western Kentucky forward Carson Williams shoots during practice on Tuesday at The Ford Center at The Star in Frisco, Texas.

WKU guard Jeremiah Gambrell shoots during practice on Tuesday, March 10, 2020, at The Ford Center at The Star. (Austin Anthony/photo@bgdailynews.com)

Western Kentucky guard Taveion Hollingsworth smiles during practice on Tuesday at The Ford Center at The Star in Frisco, Texas.

FRISCO, Texas – Western Kentucky averaged thousands in attendance for games at E.A. Diddle Arena this season and consistently brings one of the largest fan bases to the Conference USA Tournament.

The 2020 C-USA Tournament will lack that environment.

The Hilltoppers will play UAB in the tournament quarterfinals Thursday night at 8:30 p.m. in a practically empty venue after C-USA announced it will close the event off to the general public in response to the national COVID-19 outbreak.

The first round of the tournament was conducted as normal with general fan attendance, but the league office announced Wednesday night it would implement a restricted attendance procedure, allowing just team party, student-athlete immediate family, credentialed media, television and radio crews, and essential personnel.

Each school will have 125 tickets to distribute, meaning no more than 250 attendees can fill the stands for any tournament game moving forward.

“I hate it for our people and our fans,” WKU coach Rick Stansbury told the Daily News on Wednesday night. “I think it’s obvious we’ve got the best group of fans in this tournament that would’ve been here. From that standpoint, it’s a disadvantage for us. At the same time now, we all understand the situation going on now and whether you like it or not, it’s one of those things we all understand and we all support.

“We practice every day with no fans. Do you enjoy that as much? No. But it is what it is at this point and you’ve got to be ready to play.”

WKU athletics director Todd Stewart on Wednesday urged fans to return to Bowling Green and stay home to watch the game that will broadcast on Stadium and WKU PBS.

The No. 2 seed Hilltoppers will face a UAB team that defeated UTSA 74-69 in the opening round of the tournament on Wednesday. Tavin Lovan led the No. 7 Blazers (19-13) with 17 points and Tyreek Scott-Grayson added 14 points.

WKU lost the previous meeting with UAB on Jan. 9 in a 72-62 defeat in Birmingham, Ala. That remains WKU’s largest margin of defeat in five conference losses. In that game, UAB flexed its depth by outscoring WKU 23-0 on the bench and outrebounding the Hilltoppers 41-29.

Lovan and Jalen Benjamin each had 16 points in that game and Taveion Hollingsworth led the starting five with 19 points, while the Hilltoppers otherwise got zero production from its bench.

“Really good team,” Stansbury said. “They present a lot of problems inside. (Will) Butler is a load and they’re going to come at us with Carson (Williams). They’ve got multiple big guys they can play. They play 10-deep. They beat a really good San Antonio team tonight, so we’ll have our work cut out for us.”

Last time out Western Kentucky won 91-85 at FIU on Saturday; UAB won 74-69 over UTSA in the first round of the C-USA Tournament on Wednesday.{&end}

FRISCO, Texas – In response to Conference USA implementing a strict attendance procedure in the wake of a global pandemic of COVID-19 disease,…

The Western Kentucky men's and women's basketball teams are in Frisco preparing for the Conference USA Tournaments.