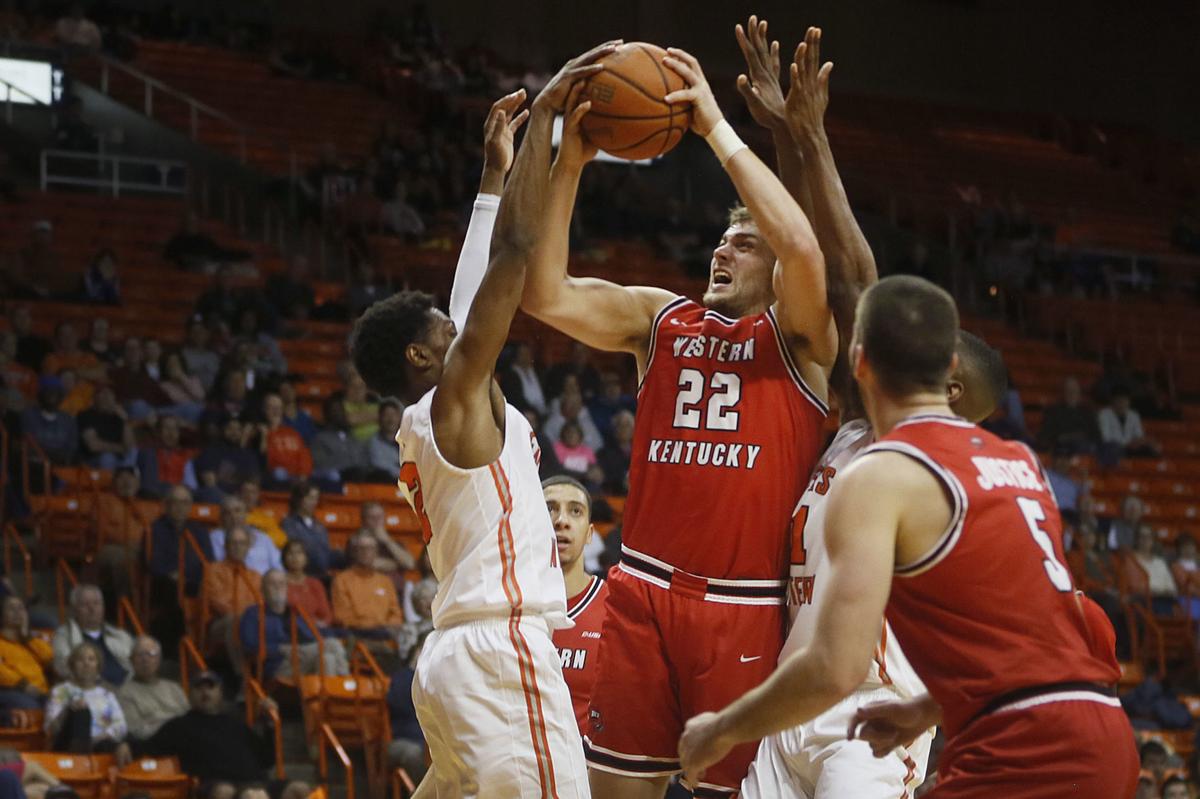 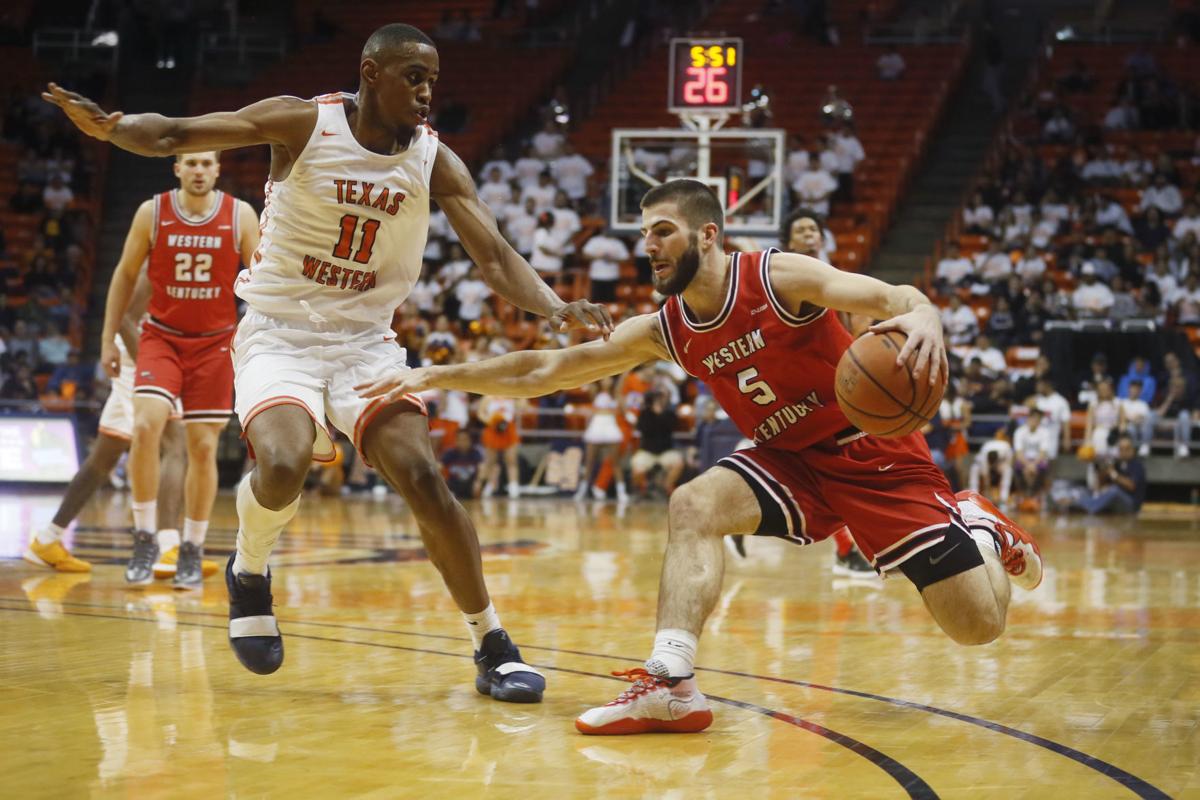 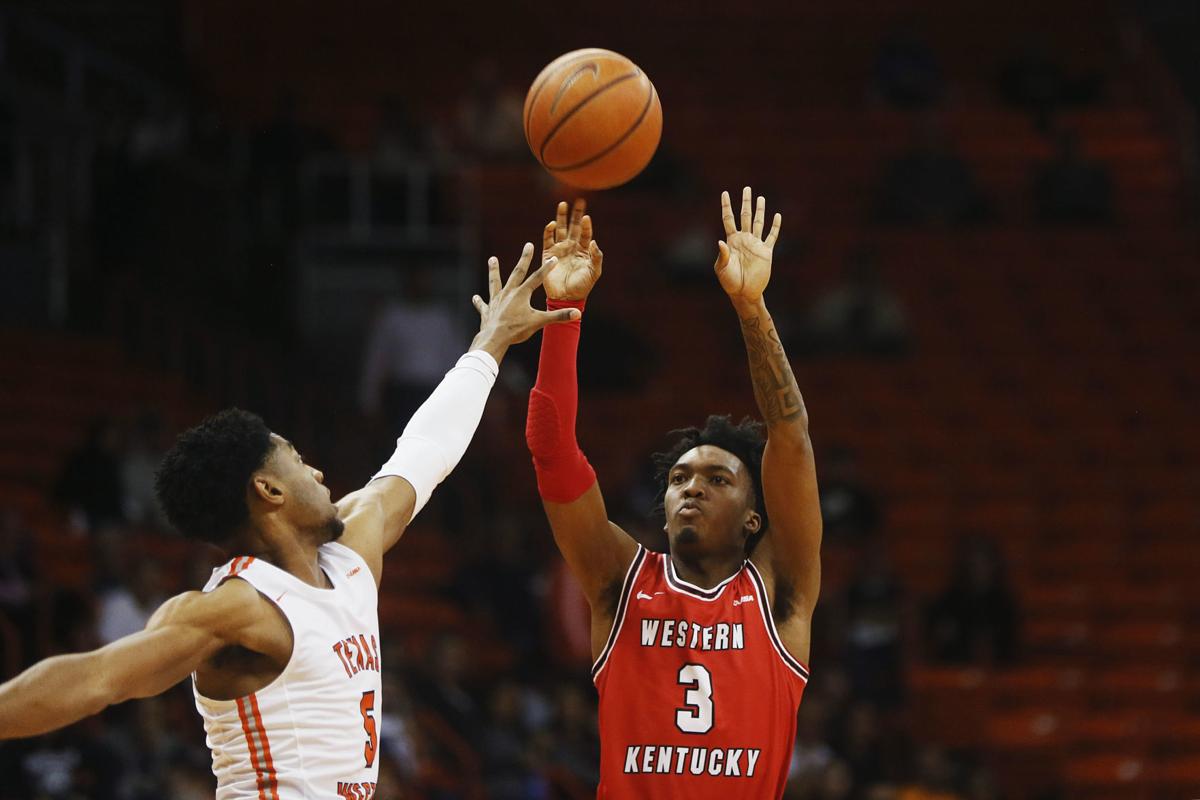 That all added up to Western Kentucky finally earning a win to open a road swing.

Any number of Hilltoppers played a significant role WKU’s 67-62 victory Thursday night at UTEP to kick off the longest road swing in the conference season.

Hollingsworth led WKU (17-8 overall, 10-3 C-USA), and scored the team’s final seven points to put the Miners away. Anytime UTEP (13-13, 4-9) made a push, Savage or Rawls would hit a 3-pointer or Justice would string together efforts that shifted the momentum.

And although Carson Williams put up a modest 13 points and two rebounds, he kept the Miners’ best player in check in Bryson Williams. The third-leading scorer in C-USA who averaged 18.7 points per game only scored 13 on 6-of-15 shooting and didn’t take one trip to the free-throw line.

It led to WKU’s first time winning the first road game of any two-game travel series in the conference this year.

“Different people, different nights,” WKU coach Rick Stansbury said. “We need people to step up. The guys have no quit in them.”

WKU led for 35 minutes at the Don Haskins Center on a night when UTEP held “Texas Western Night” to honor the 1966 national championship team. The Hilltoppers led by as many as 13 points in the first half before the Miners cut it within one, then moved into the lead early in the second half. Justice had an individual run of four points to retake the lead and UTEP cut the deficit to one on two occasions the rest of the way.

Each time the Hilltoppers responded to pull away. Savage finished with 14 points with four 3-pointers and Justice added 11 points. Both seniors had three steals.

“Any time you play on the road it’s going to be a grind,” Savage said. “They’ve got a few shots midway through the first half and got some momentum, and we had to lock in, buckle down and come out at halftime just grinding out the rest of the second half.

“We got a lot of experienced guys that can make plays down the stretch and that’s what we need to do on the road, especially. We just really need guys to step up in moments and make plays like that.”

WKU started hot with its first three baskets coming on 3-pointers. That shooting led to a 30-17 lead 11 minutes through the first half, but that cooled off with just three field goals and four turnovers in the last eight minutes.

UTEP closed the gap with a 12-0 run over three minutes to pull within one point. Hollingsworth stopped the run with a pair of free throws with two seconds left to send WKU into the locker room with a 32-29 lead.

Josh Anderson, who didn’t practice all week with illness, had three fouls in five minutes in the first half. He was the first off of the bench while Justice moved back into the starting lineup.

UTEP scored the first six points of the second half and moved into its first lead since the 18:34 point of the first half. The Miner’s three-point lead went away on four-straight points from Justice on free throws and a steal turned into a quick layup.

Savage’s third 3-pointer made it a seven-point WKU lead with 7:44 to go, but the Miners chipped back to make it a one-point game with Souley Boum’s three-point play with 3:34 to go. Boum led the Miners with 21 points.

WKU yet again had a response for UTEP’s closure, this time on a 3-pointer from Rawls with 2:41 to go. Hollingsworth took over at that point, scoring the team’s final seven points. The junior hit a floater to beat the shot clock with 31 seconds left to make it 66-60. WKU made 11 of its 14 free throws in the second half and UTEP attempted just 12 foul shots.

“You get your offense in front of your bench and you can control it much more than the first half away from you,” Stansbury said. “We got in attack mode and do different things offensively to get us in attack mode.”

Despite not being at 100 percent, Anderson played 21 minutes and chipped in a putback dunk and added six rebounds. It’s the kind of effort WKU wants from a still-thin lineup going into Saturday matinee in San Antonio at UTSA.

“We just try to play through a lot of things,” Hollingsworth said. “We’re going through a lot and we’re just going to try to keep winning.”

WKU travels to San Antonio to play the Roadrunners on Saturday at 2 p.m. CST.

Rick Stansbury is now 78-50 in his fourth season as WKU’s head coach. … The Hilltoppers are now 6-1 all-time against UTEP and Stansbury is 4-0 in his career against the Miners. … UTEP wore “Texas Western” uniforms to honor the 1966 national championship team that defeated Kentucky. … The Hilltoppers have hit a 3-pointer in 1,035 consecutive games dating back to March 15, 1987. … Camron Justice moved into the starting lineup in place of Josh Anderson, who has dealt with illness this week…. Hollingsworth is now 18th on WKU’s all-time scoring list with 1,369 points, tied for 9th in WKU career games started (97) and 10th in WKU career minutes played (3,420) … Announced attendance at the Don Haskins Center was 4,504.{&end}

EL PASO, Texas – It will never be an issue of confidence for Taveion Hollingsworth. Sometimes his shot doesn’t fall and his Western Kentucky t…