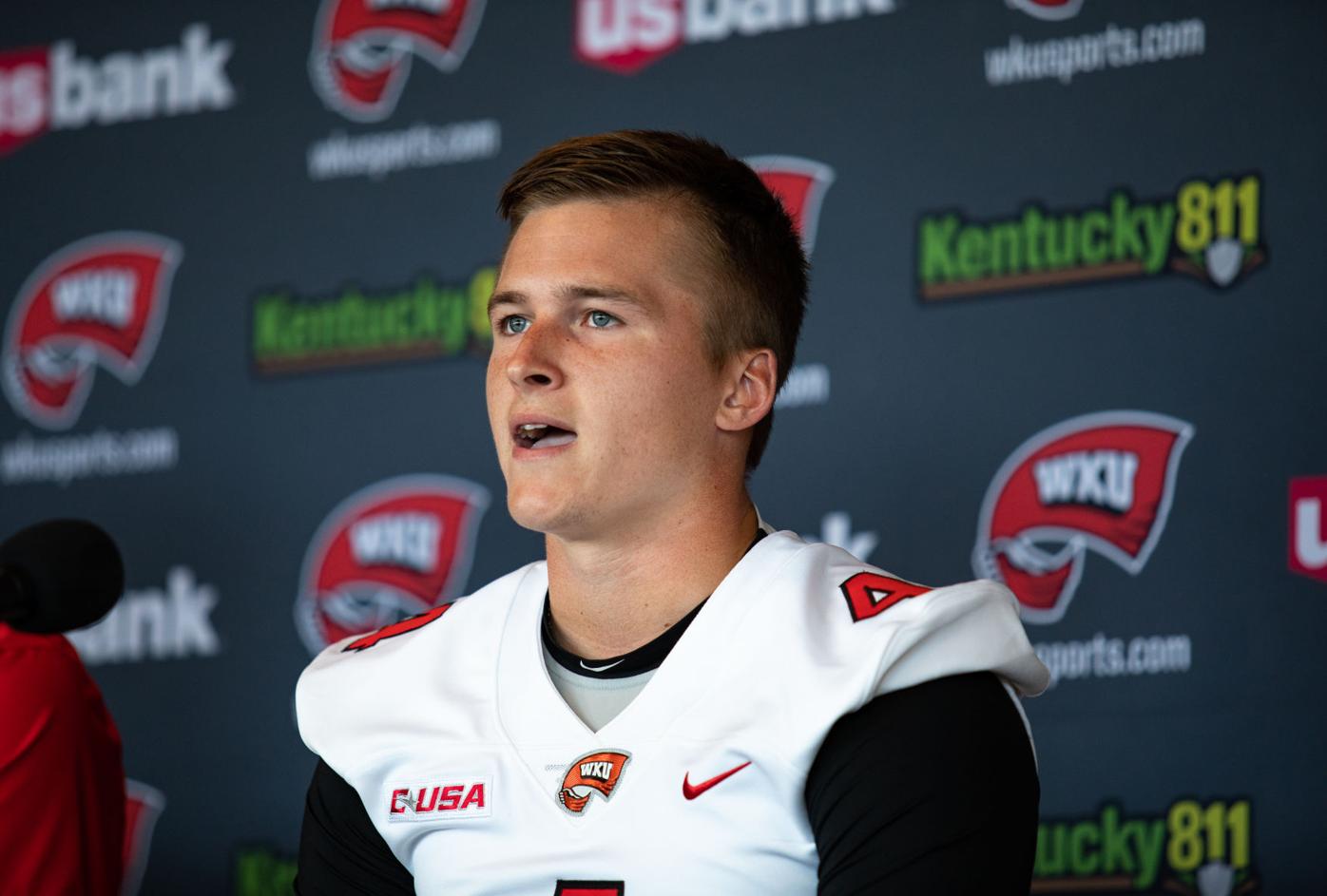 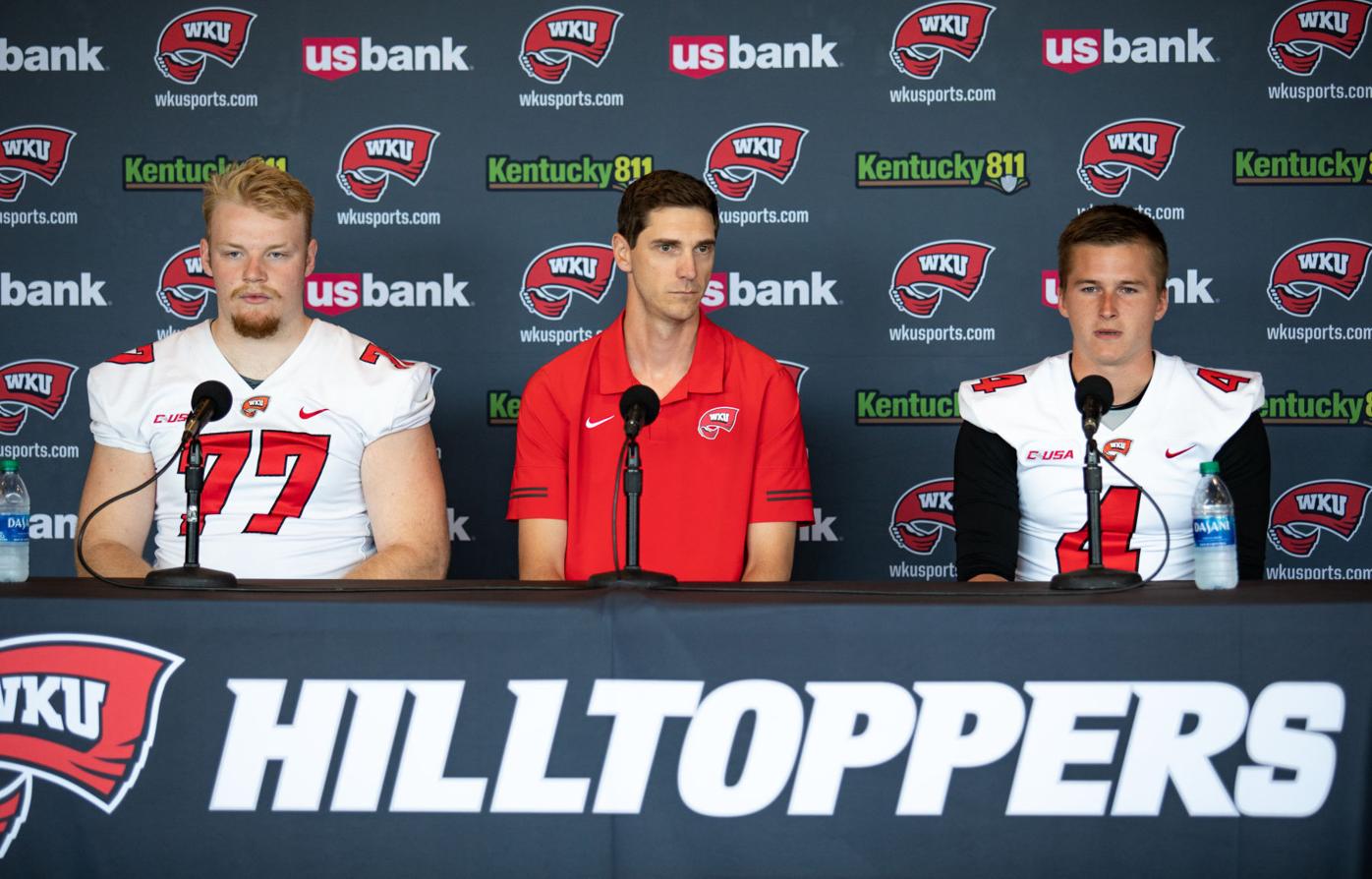 There will be no competition for the starting quarterback position at Western Kentucky entering fall camp.

“I think we’re in a position right now where Bailey Zappe is going to be the quarterback,” the third-year head coach said. “He’s been here long enough – he was with us during the spring, he was with us during the summer, our staff’s been able to make evaluations. I think it’s better for us moving into this season having that guy in place and he knows he’s the guy. I think we can go ahead and say, ‘Yeah, he’s going to be the starter.’ ”

“I guess I found out the same time y’all did – just now. They kind of kept it under wraps,” Zappe said. “We had a great spring, great summer, I was working toward being the starter and I’m real excited to get it started. I’m grateful coach Helton gave me the starting spot.”

The Huskies averaged 33.8 points per game in their four games in 2020 – three of which were against FBS competition – and racked up 547.5 yards per game, with 459.5 coming through the air.

“I think over the four years we’ve been together, he grows in maturity, as a student of the game and some of those things,” Kittley said. “He’s kind of a security blanket for me. When you come into a system we run, the quarterback play is very important and having a guy that’s been in it for four years and we’re going at it again – it’s very refreshing for me and it takes a little bit off my plate because I know whenever I make a mistake he can make it right.”

WKU went 5-7 last season and struggled offensively. The Hilltoppers finished 12th of the 13 Conference USA teams to play in 2020 in scoring offense with 19 points per game, as well as total offense with just 290.3 yards per game, but the additions of Zappe and Kittley, as well as a number of other transfers, have raised expectations entering the fall.

“I firmly believe we’re going to go 12-0,” Zappe said. “We have a great team, both offense and defense, and I have a firm belief in all the guys we have on this team. I believe in them 100% and I don’t think there’s a single game on this schedule we can’t go out there and win.”

Zappe was the assumed frontrunner for the starting position entering the fall, but Helton declined to name a starter before Tuesday. WKU’s offense struggled in the team’s spring game April 17. Zappe quarterbacked the team for eight of its 15 possession and was intercepted four times – including two pick sixes.

Helton – a former quarterback himself, as well as a quarterbacks coach at UAB, WKU, USC and Tennessee – declined to compare Zappe to other quarterbacks he has worked with, saying “he’s his own guy,” but Helton did say Zappe’s demeanor was much like Sam Darnold’s. Darnold was a quarterback at USC from 2015-17 who was selected with the third overall pick of the 2018 NFL Draft by the New York Jets and has continued to play in the NFL.

“When things don’t go well, he’ll quietly pull a guy over and talk to him in his ear, lift him up, say positive things and you can see that guy’s play increase,” Helton said. “That’s what good quarterbacks bring to the table.

“The one thing for Bailey is this is his last year and this is a special year for him. He doesn’t need to have that pressure on him to say, ‘Hey, go lead us to the promised land.’ All he needs to do is go be a good leader for our football team, do his job. We’ve got enough pieces surrounding him that we’ll all put together and we’ll be successful.”

WKU has five other players on the roster at that position. The Hilltoppers signed San Diego State transfer Carson Baker in late April, and return Darius Ocean – who appeared in one game last season – and Grady Robison, who were both freshmen last year. WKU also brought in Louisville transfer Drew Zaubi and signed Chance McDonald out of Steilacoom High School in Washington.

“We’ve got some good young quarterbacks in the room. I really like that room. I think there’s a lot of competition there,” Helton said. “We’ll see what everybody can do during camp, but Bailey will be the starter. Really got to try to see who is the backup. That’ll be really important for us and there will be a couple guys pushing for that spot.”

The Hilltoppers are scheduled to open the 2021 season Sept. 2 against UT Martin at Houchens-Smith Stadium. Kickoff is scheduled for 7 p.m.{&end}