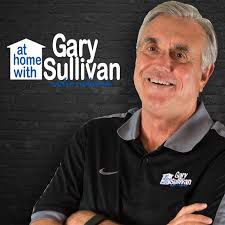 Gary Sullivan has been named one of the top 250 Talk Show Host in America several times. After working his way up to owning a chain of hardware stores, Gary moved to radio in 1986. By 1996 he started a TV show called the Hardware Store. After changing the name to Homeworx, it continued until 2014.

Since 2001 he has been syndicated on iHeart radio from Portland to Atlanta and can now be heard 24/7. He also works with Habitat for Humanity, teaching families to do home repairs.