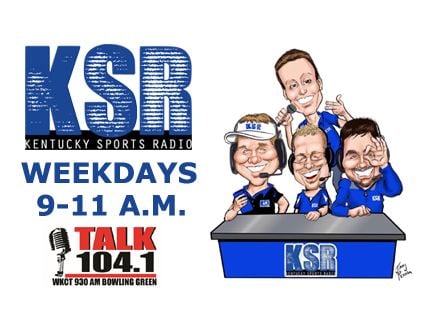 With a mission statement to “cover UK sports in the most ridiculous manner possible” Kentucky Sports Radio has established itself as one of the leading sources of information about Big Blue Nation.

Matt Jones is the creator of KentuckySportsRadio.com, the nation’s largest independent college sports website, which averages 170,000 visitors a day and is the #1 college sports podcast on iTunes.

In 2010, he launched a radio show on WKJK in Louisville that is now syndicated in more than 35 cities in and around the Commonwealth.

Jones has drawn some political attention in recent years as he has moderated political debates and has even been rumored to be considering running himself, most notably against Senator Mitch McConnell. He was chosen to moderate the 2015 Fancy Farm Picnic, one of the biggest events in on the state’s political calendar.